While previously classified as a “probable” carcinogen, the World Health Organization’s (W.H.O.) International Agency for Research on Cancer (IARC) has finally confirmed that diesel exhaust is a carcinogen and that it is associated with an increased risk for lung cancer. 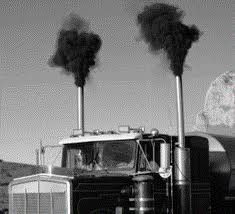 Considering that the last time diesel was put into discussion, in 1989 and now finally classified as a carcinogen, it’s a big deal for everyone who is in anyway exposed to it or anyone who’s workplace forces them to be in a environment wiith high diesel exhaust fumes.

A study done by researchers from the International Agency for Research on Cancer in Lyon, France analyzed 12,300 miners for several decades starting in 1947. Discoveries concluded miners heavily exposed to diesel exhaust had a higher risk of dying from lung cancer. The U.S. however, still does not fully recognize it as a carcinogen, claiming that new engines are far less dangerous with exposure of fewer fumes.

“It’s on the same order of magnitude as passive smoking,” said Kurt Straif, director of the IARC department that evaluates cancer risks. “This could be another big push for countries to clean up exhaust from diesel engines.”

The mission of the International Agency for Research on Cancer (IARC) is to coordinate and conduct research on the causes of human cancer and the mechanisms of carcinogenesis, and to develop scientific strategies for cancer control.